The Sight of NABU, GRD & GSM

NABU, GSM and GRD held the International Conference on Minimizing Risks for the Environment in Marine Ammunition Removal in the Baltic and North Sea (MIREMAR) from 16th to 18th November 2010. These are the results in the sight of the organizers. 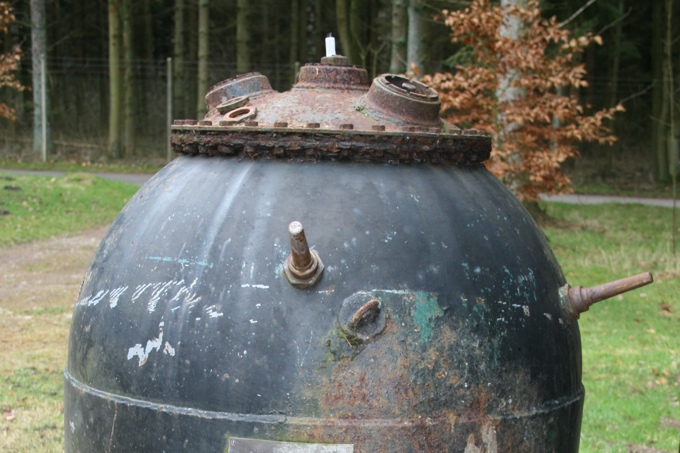 Large quantities of conventional ammunition (explosives) and chemical warfare have been deployed or dumped into Baltic and North Seas during and after World Wars I and II. It is still unclear what risks they pose to humans and the environment. Thus, the Nature and Biodiversity Conservation Union NABU, Society for the Conservation of Marine Mammals GSM and Society for Dolphin Conservation Germany GRD held the International Conference on Minimizing Risks for the Environment in Marine Ammunition Removal in the Baltic and North Sea (MIREMAR) from 16th to 18th November 2010.

120 ammunition specialists from all over the world (USA, Canada, Italy, Switzerland as well as coastal states of the Baltic and North Sea) met in Neumuenster/Germany for three days. Experts from Navies, public authorities, as well as scientists, conservationists and politicians discussed different issues of marine ammunition: (1) detonation of conventional ammunition, (2) detection, (3) dispersion of critical substances/sediment, (4) recovery of conventional ammunition, (5) chemical warfare and (6) the political dimension of sea-dumped ammunition.

One aim of the conference was to give an overview of the situation and actual developments in treatment of underwater unexploded ordnance. Underwater unexploded ordnance is considered a hazard to humans when found during fishing activities, construction work or other marine activities. Ammunition shells decay in sea water over time releasing toxic explosives and hence posing a threat to the marine environment and beach visitors.

According to estimates, at least 400,000 to 1.3 million tons of ammunition from World Wars (WW) I and II have been dumped in German coastal waters of the North and Baltic Seas alone. As a rule, located large ammunition items (mines, torpedoes, aircraft bombs etc.) are immediately labelled "danger in delay" by authorities and blown up as quickly as possible. Thus, innovative ways of recovering and disposing of marine ammunition are needed.

As underwater detonations are the strongest point source of anthropogenic noise they must be avoided because high sound pressure and explosion related shock waves can lead to severe injuries and hearing impairment in marine vertebrates (fish, birds, mammals) at considerable distance. If explosions cannot be avoided, a bubble curtain was regarded as an effective mitigation measure. However, risk of injury is not reduced to zero, and still there is a release of explosives and their by-products from incomplete combustion into the environment – with its toxicological consequences. For example, in a mine dumping site carcinogenic and mutagenic TNT was found in mussels and no restrictions yet apply to human consumption.

Four workshops on databases, the combination of technical solutions (from detection to removal), mitigation of shock waves from detonations and chemical discarded military munitions, an excursion and practical demonstration of water jet cutting rounded off the programme of MIREMAR. A network of experts for these topics was initiated by the workshops. It is intended to continue the process with an expert discussion group.

As a result of the conference, the MIREMAR organisers demand that the German federal government with all relevant ministries and their agencies (in the areas of the environment, transportation, business and economy, and defence) take responsibility and provide funding for research and development of alternative technologies in order to promote clean-up the most sensitive areas or dangerous sites in the Baltic and North Seas.

NABU, GRD and GSM are further calling for greater efforts of all relevant parties (national and international authorities, Navies, scientists, politicians and conservationists) for compilation of data, monitoring, risk assessments for identified sites and finding innovative ways of recovering and disposing of marine ammunition. In the view of the conference organizers NABU, GRD and GSM it is not an option for much of the unexploded ordnance to stay in the sea. Safe recovery methods will have to be applied to certain site-specific requirements.

Broad international co-operation is needed to address the risks posed by UWUXO and to find innovative solutions. A global network of experts as well as regional and international exchange of all existing information must be the basis for future action. MIREMAR initiated contacts between actors and thus can be seen as a first step in establishing such a network.